The Importance of Wetland Areas 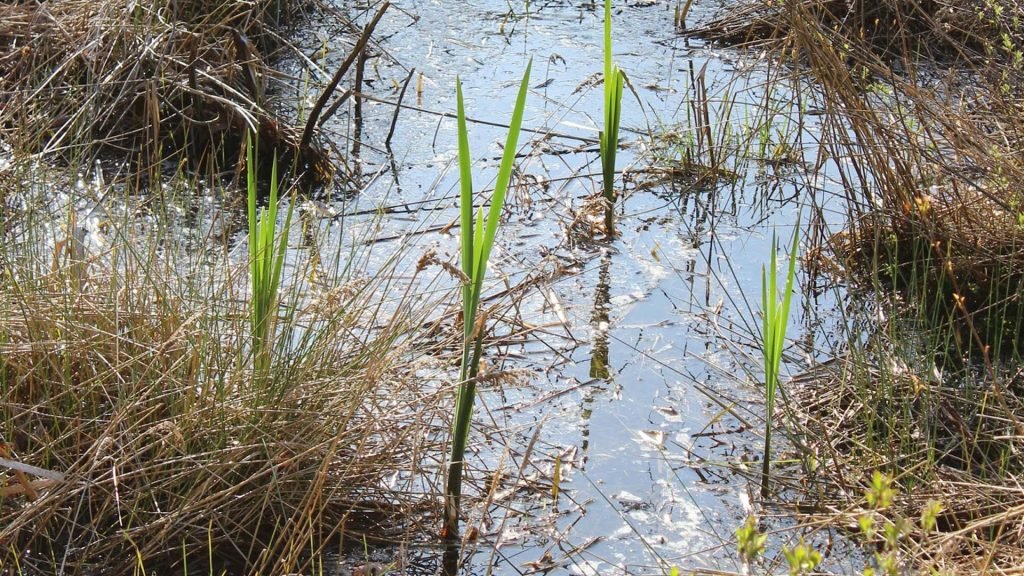 What is a Wetland?

In more than 20 years as an environmental consultant, working with wetlands and the Clean Water Act, I’ve seen why wetlands are important and also how they can impact development. Let’s define “wetlands.” In its most regulatory form, “Wetlands are areas that are inundated or saturated by surface or ground water at a frequency and duration sufficient to support, and that under normal circumstances do support, a prevalence of vegetation typically adapted for life in saturated soil conditions.“† That means it is an area that is saturated long enough to support plant life adapted to saturated soil conditions; that does not mean it is wet all the time, and in northeast Pennsylvania that could mean that is saturated (wet) for as little as two to three weeks during the growing season. A wetland does not need to be saturated to the surface either, as long as it is saturated in the first 12-inches of the surface for two to three weeks, then it will likely meet the criteria to be considered a regulatory wetland. That means that wetlands are not always wet to the casual observer, and that is why a trained and experienced consultant is required to identify them. The consultant will look at vegetative community, the soils, and indications of hydrology. There is an art of applied science in determining where one of three criteria (plants, soils, hydrology) is no longer present, and that decides where the regulatory boundary begins. 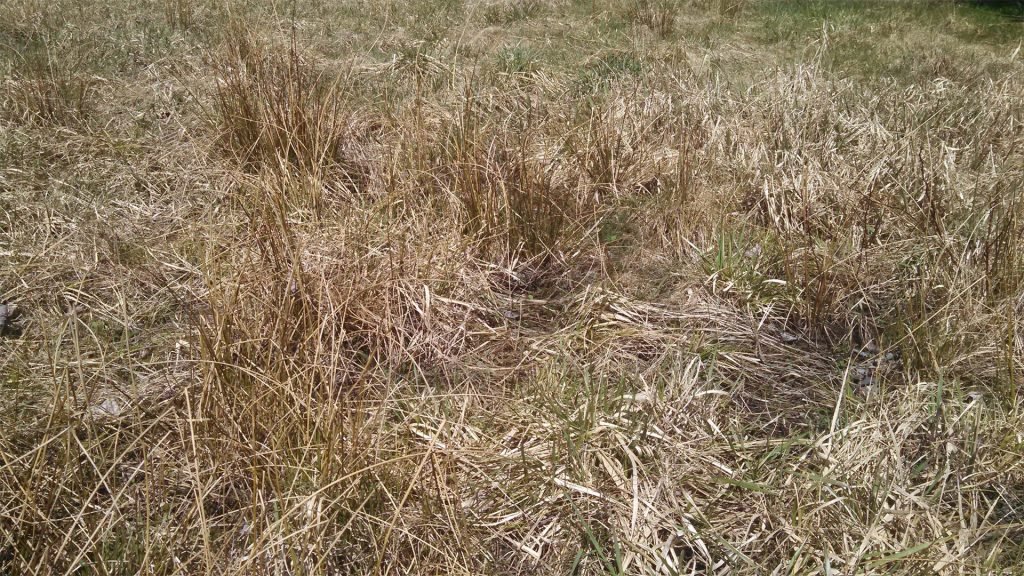 Sometimes wetland areas are not obvious.

If that isn’t confusing enough, most states maintain a joint jurisdiction over wetlands and extend the jurisdiction to include isolated wetland areas that may not meet the federal jurisdictional criteria. Therefore, even if the U.S. Army Corps of Engineers does not take jurisdiction over a wetland or water, it does not mean that the state does not have jurisdiction to regulate any impacts to those wetlands. To be clear, if you impact a wetland (fill in a wet spot) you could be subject to federal and state penalties if you have not acquired the appropriate permits for the activity. That makes it very important to consult a design professional with experience in wetland identification and permitting prior to engaging in any large-scale earth moving project.

Why are wetlands so important?

One puddle may not seem that important in the overall scheme of the world, but who decides which puddle to save? That water doesn’t mean much in the middle of the woods or a farm field, but when that wetland isn’t there to detain that water and it ends up in someone’s basement, then it is an issue. Who would be responsible for the newfound water in the basement if there were no regulations to govern taking and replacement of the resource? It would be left to the civil courts to decide if upslope development is responsible for the newfound water in the basement, and if you think the regulatory agencies were slow, just imagine the speed of our court systems.

Other functions of wetlands include capturing sediment and debris from storm run-off. That sediment and debris can clog infrastructure (storm pipes, road culverts) leading to increased flooding potential. Once again, if someone’s property is damaged by increased flooding and there is no regulatory oversite, then it is up to the courts to decide who is responsible for the damage. This topic is most of what is currently being discussed under the Waters of the United States (WOTUS) Rulemaking which was originally generated in 2015 to clarify the U.S. Army Corps of Engineers jurisdictional limits but was never instituted and is currently under review and revision by the Environmental Protection Agency. The majority of the language under review deals with the point at which an ephemeral or intermittent stream becomes a federal jurisdictional feature. The caveat is that even if a feature is not federally regulated, it may be state regulated. In Pennsylvania, the criteria for a regulated feature is much broader than the federal definition (i.e. isolated wetlands are state regulated even if they are not federally regulated). In New Jersey, the criteria are even more strict. 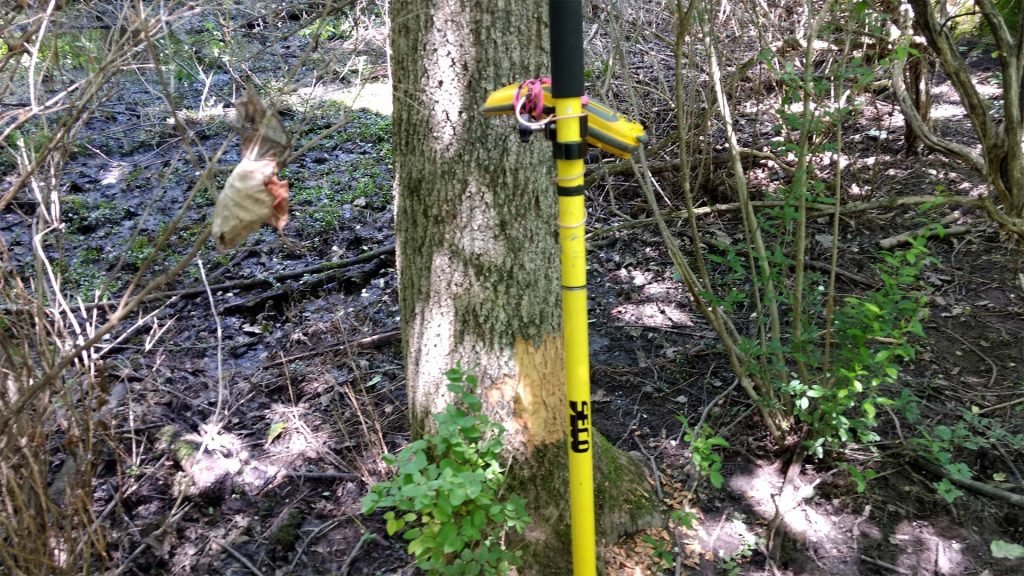 A good consultant will be able to delineate and locate wetlands simultaneously.

Determining the presence and approximate extent of wetland areas should be a part of the due diligence of any investment or potential site development. It saves a lot of drama at the end of the project if the restrictions on the site are known at the beginning. After the wetland resources have been identified and adequately mapped for feasibility, then potential impacts can be identified, and a determination can be made whether an impact to the wetland could be permitted or the design can be modified to reduce or eliminate any impacts to the wetlands. As part of the permitting process you must be able to explain why the impact is necessary and what steps have been taken to minimize the impact. When scheduling a wetland assessment for your site, remember that wetland assessments completed outside of the normal growing season (generally April to November) can lead to misinterpreted resources (or poor delineations) and may need to be reassessed during the growing season to confirm results. It is considered poor practice in wetland identification to make any determinations after the first killing frost of the fall season.

The Clean Water Act that provides protections to wetlands wasn’t established until 1972 and even then, wetlands were not adequately defined until 1987, so the regulation and preservation of the resource is a relatively new phenomenon. As a result, many species that require wetland areas to survive have become classified as threatened or endangered species. The Endangered Species Act went into effect in 1973 and provides a means for identifying species of concern, provides a means of regulating impacts to the species and allows for delisting of a species if adequate protections can be established.

One such species of special concern in southeastern Pennsylvania (as well as other areas) is the Bog Turtle or Glyptemys muhlenbergii. This is a small 3” to 4” long turtle that requires long term saturated environments to survive. This animal spends the majority of its time “swimming” through saturated soils searching for prey. It also hibernates by pushing deep into those same saturated soils and staying underground during the winter. Since this species requires a very specific habitat to survive, there are very strict protocols in place to ensure that its habitat is not impacted by development. If you are developing a site with wetland resources or adjacent to obvious wetland resources in southeast Pennsylvania you likely have to deal with the aforementioned protocols. 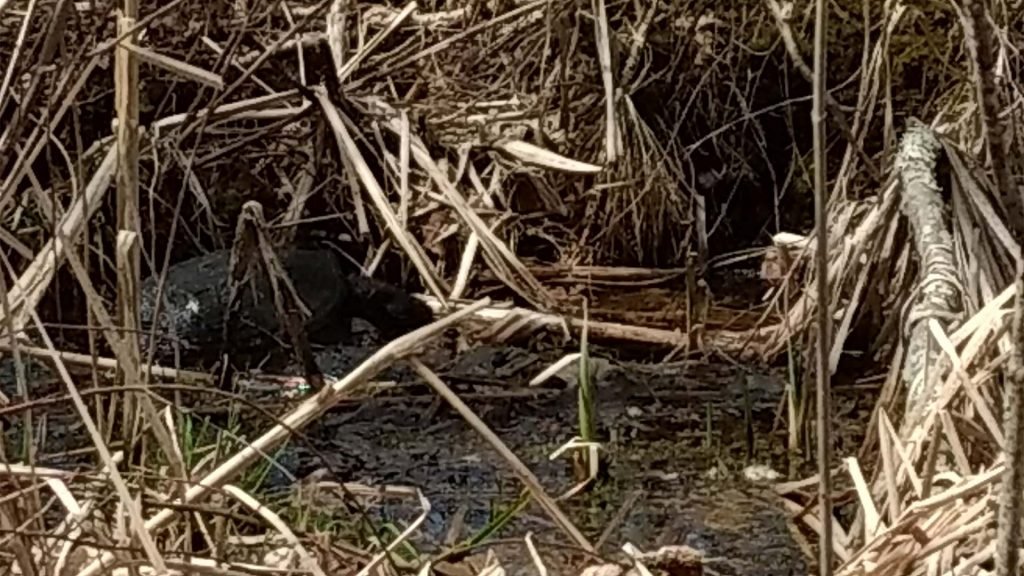 Can you find the turtle in this picture?

A best-case scenario is that the site has adequate room to provide a 300-foot upland buffer around the wetland resource, but rarely is that opportunity available to avoid any potential impacts to the species. The second step would be to determine if a wetland is potential habitat for a bog turtle. This requires a consultant with additional training and experience beyond just wetland delineations to be able to identify the mixture of soil conditions, vegetative conditions, and hydrology that make up a habitat for a bog turtle. A habitat assessment can be done anytime during the growing season (but not in the late fall to early spring). A qualified consultant may be able to determine that a wetland is not adequate to be considered bog turtle habitat and can prepare a report for the regulatory agencies with their findings. If you are interested in a site in southeastern Pennsylvania, it would be prudent to include a bog turtle habitat evaluation as part of the due diligence phase of a project. Once again, these surveys must be carried out during the growing season (April through November) in order to get a proper determination.

If a qualified consultant determines that a wetland resource on or adjacent to your project site is adequate bog turtle habitat, you must then consult with a certified bog turtle specialist that performs specialized studies to confirm the presence or absence of turtles or provide you consulting services during negotiations with the regulatory agencies to create a plan to mitigate the potential for an incidental taking of a bog turtle during construction and operation of the facility.

Importance of Hiring a Consultant

A consultant that is not familiar with the different regional supplements and ever-changing requirements in jurisdictional determination and permitting can lead to delays in a project. More importantly it can lead to resources being missed during the delineation, which can land the property owner or developer in regulatory trouble.

† – Definition of wetlands as used by the U.S. Army Corps of Engineers (Corps) and the U.S. Environmental Protection Agency (EPA) since the 1970s for regulatory purposes. https://www.epa.gov/cwa-404/how-wetlands-are-defined-and-identified-under-cwa-section-404 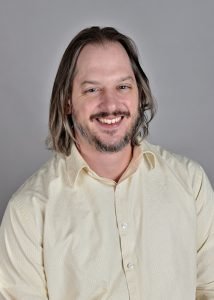 Eric R. Baird is a Senior Wetland Biologist at JHA Companies with a master’s degree in Biology from East Stroudsburg University. Mr. Baird’s undergraduate degree is in Environmental Studies from Slippery Rock University. In his spare time, Eric enjoys spending time with his wife Amy and fishing with their son Caius. As the President of the Brodhead Chapter of Trout Unlimited, Eric volunteers his time by teaching fly tying. He is also a Pennsylvania certified fishing and fly-fishing instructor.