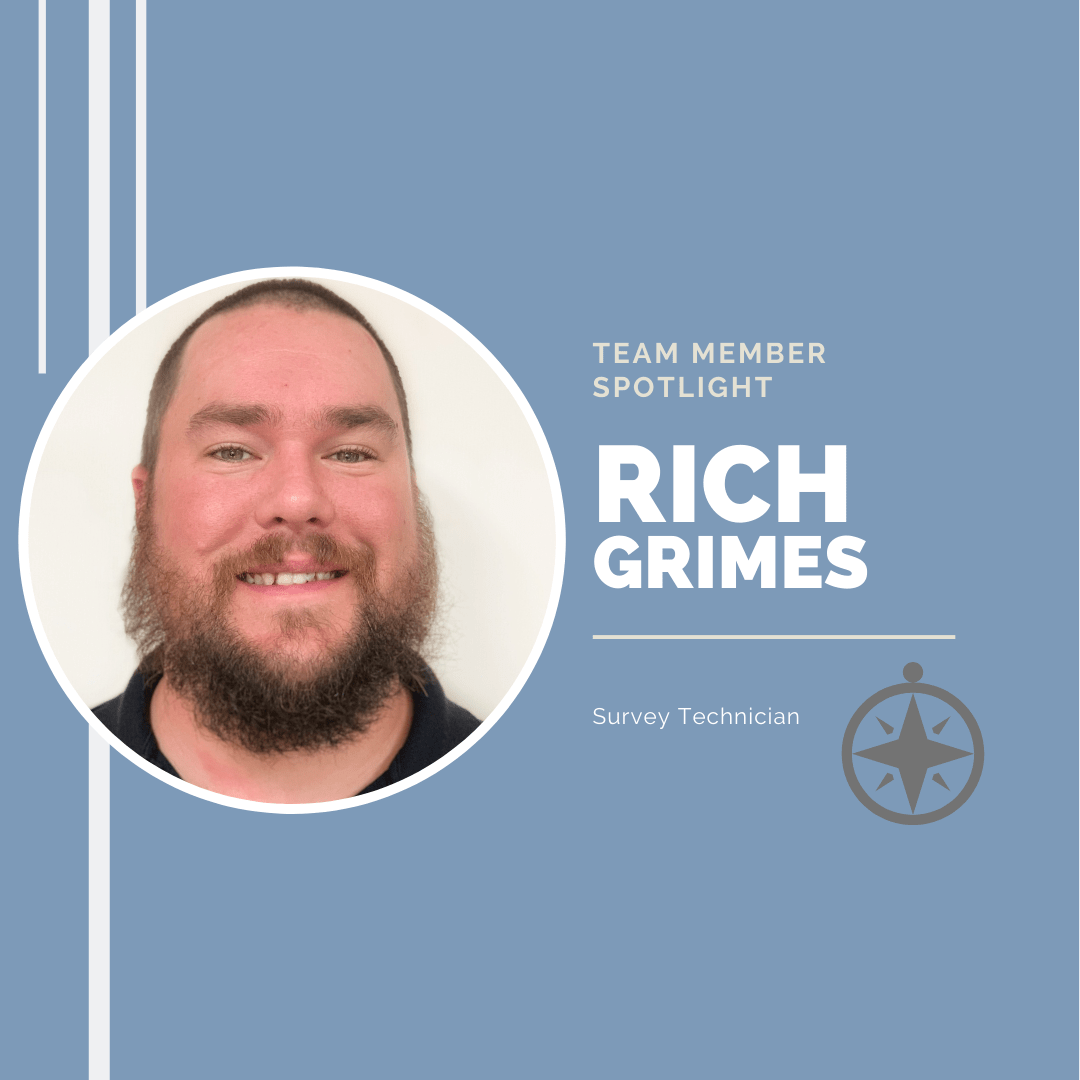 JHA Companies has some of the best land surveyors! One of them is Rich Grimes, who works from our St. Clairsville, Ohio office location. Rich grew up in Belmont County Ohio, and after high school, he attended Belmont Technical College and received his 2-year degree in Civil Engineering Technologies. While his degree was in engineering, the survey portion of his studies interested him the most, and he decided to pursue surveying as a career. He says it’s so gratifying to find a deed from an old index book or locate monuments that have long been forgotten. (Although Rich was quick to attest that no one warned him about briars or the trials of wielding a machete through thick underbrush!) With his newfound passion in surveying, Rich joined Kyer Surveying and Mapping right out of college as a Survey Technician in January of 2008.

In 2012 Kyer Surveying was acquired by JHA Companies, and Rich got a crash course in modern surveying. Up until then, the surveying was done by traditional methods; data collectors had only been used for stakeout, and GPS equipment had been only touched upon. He and his team learned a lot during that time and came out on the other side with broadened skills which grew them into the surveyors they are today.

Rich recently moved from field work to working inside the office, supporting multiple Project Leaders by drafting plats, preparing proposals, and contacting clients with survey estimates. With his move out of field work, he’s finding even greater enjoyment pursuing his love of hunting and fishing. Rich’s greatest accomplishment, however, was convincing his wife Brook to marry him in June of 2016 (just two weeks after Levin and his wife were married). Rich and Brooke enjoy family life with boys Michael, 17 and Zander, 15.

What is your name?

What would your perfect workday include?

Coming in and being able to get a project out the door and feel like something was accomplished!

What is your favorite place in the whole world?

Tree stand during a light snow.

What Core Value of JHA most resonates with you, and why?

People matter most. Because without our coworkers and clients we wouldn’t have a purpose to what we do.

What is your favorite possession?

A shotgun that belonged to my granddad.

What is guaranteed to make you laugh?

A Will Ferrell movie.

What is your greatest accomplishment?

Convincing my wife to marry me.