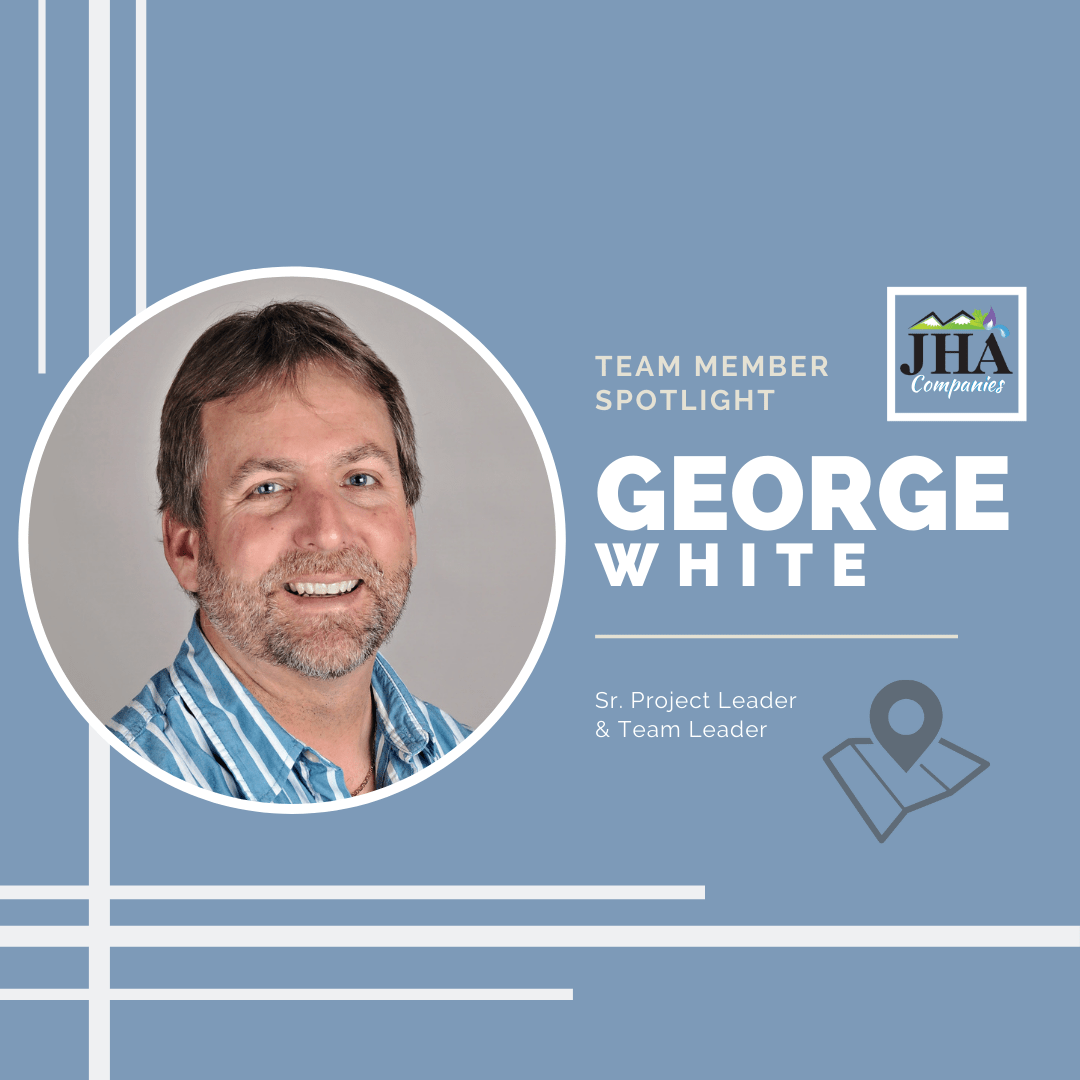 George White is a Project Leader who has been a part of the JHA team for 11 years. George is originally from New Jersey but has lived other places before making his way to the Fogelsville, Pennsylvania area. He attended Lake Superior State College in Michigan where George majored in Fisheries & Wildlife Management. George’s love for the outdoors is what drew him to the major in the first place, and after graduation, he worked for the New Jersey Fish & Game for 2 years. In 1987, when the Freshwater Protection Act was passed (“to preserve the purity and integrity of freshwater wetlands from random, unnecessary or undesirable alteration or disturbance.”) he began working at an engineering firm as an environmental consultant. George did this for 3 years before he decided to go into business for himself. He worked for 20 years on his own doing wetland delineations, natural resource inventories, and GIS mapping. Providentially, in 2010, George was bidding on a project in New Milford, as was JHA’s owner Joe; neither of them won the project, but it did lead to a job offer for George.

Ever since then, George has been here at JHA. He started as a Wetland Biologist and has grown into a Project Leader. When Joe opened the Fogelsville, PA office, George moved down there and helped that location grow and prosper. George says he appreciates the opportunity to grow at JHA and the diversity in workload. Outside of work, George loves to spend time with his wife, Wendy, and their two kids, Kelsey and Drew. George and Wendy are enjoying being empty-nesters, biking on the local rail trails, and George also loves to surf fish (fishing off the beach).

What is your name?

What would your perfect workday include?

Field meeting with a client.

What is your favorite place in the whole world?

What Core Value of JHA most resonates with you, and why?

People Matter Most; Our team and our clients are what make us a success.

What is your favorite possession?

What is guaranteed to make you laugh?

Playing with the dog on the beach.

What is your greatest accomplishment?